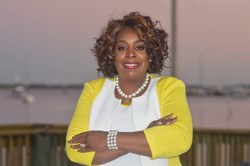 Amicitia (Cita) Gibson, Phd, is the Founder & President of MGAA Professional Development Institute and ATIC & MG Center for Excellence (non-profit). She has dedicated her career to develop others in a plethora of diverse industries. An expert advocate of selecting and developing talent for leadership and business growth success who has held various Executive leadership roles in industries such as non-profit and for-profits on board of directors in corporation, ministries, state, local, Department of Defense and federal governments in the U.S. and international. She is a retired Executive Leader with three decades of excellence in careers. She is a retired Army Lieutenant Colonel were 29 years of distinguished service to the nation. She has worked in various leadership positions throughout Department of Defense. Her experiences are inclusive of local and national board of directors. Her MISSION is Preparing the Next Generation of Leaders (including Future Leaders of Generation) to Be Executives and the Best Leaders possible. “She says, Living is a part of giving and leaving a Legacy for others.  "Contact Dr Cita, she’s looking forward to serving you on your journey to becoming a greater leader."